MangaGet® is a manga story contributing/sharing platform run by Spicysoft Corporation (hereinafter "Spicysoft"), which is located in Chiyoda-ku, Tokyo, Japan. Recently, its total number of manga distributions has passed the 100 million mark.

100 million distributions in three and a half years

The number of manga distributions has been growing steadily since the launch of our services in August, 2008, and exceeded 100 million in only three years and six months.

As of January 13 this year, 37,879 stories by 4,306 creators are available and more than 3.1 million distributions of manga stories are made every month. Every year since 2008, MangaGet has selected the best web manga as the Manga of the Year and the four award winning works have already been published as books. 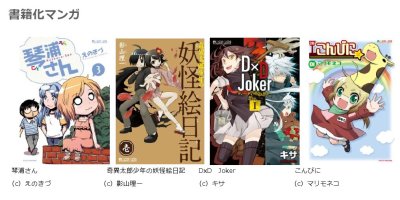 Thank-you campaign for our achievement of 100 million distributions

Complimentary commemorative tumblers to 100 people chosen randomly
We present the "100 million distribution" commemorative tumblers as special thanks to the creators and users of MangaGet.
We will choose recipients of our original tumblers by making random selections from the users who have sent thank-you messages to the manga creators and from the creators who have published thank-you newsletters to the users during the campaign period.

Announcement of the results
Thu, February 9 to Sun, February 12
* The results are notified to each individual winner as selected.

Avatar discount campaign
Moreover, to commemorate the 100 million distributions, we are also holding a discount campaign of avatars. There are about 300 items to choose from. Avatars that are normally priced around 300 yen are now available at a uniform price of 10 yen.

For details, please refer to the latest news at MangaGet (http://mang.jp).

*Spicysoft is ready to respond to requests for interviews, presentations and speeches regarding Internet, mobile, applications, games and manga comics by our president, CTO, and editors for AppliGet and MangaGet. We also dispatch staff to teach classes or to sponsor and/or participate in school festivals free of charge. Visit the Spicysoft's "publicity" website to learn more about our activities.