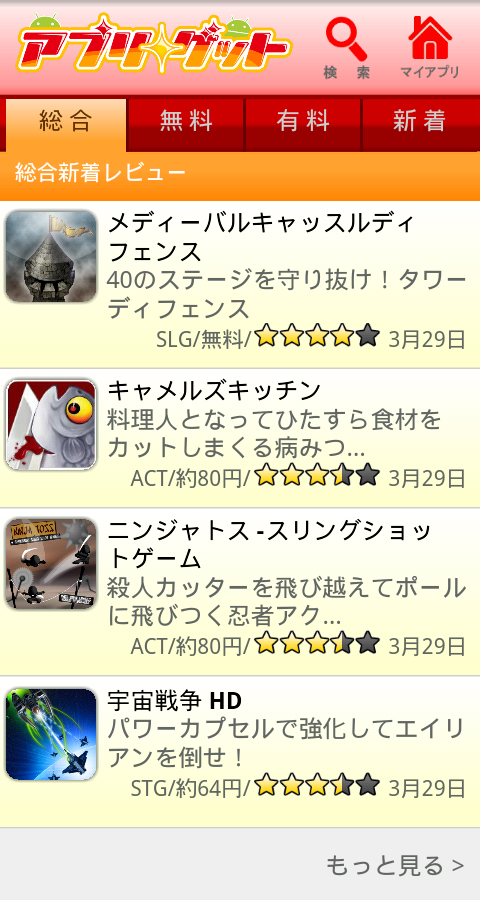 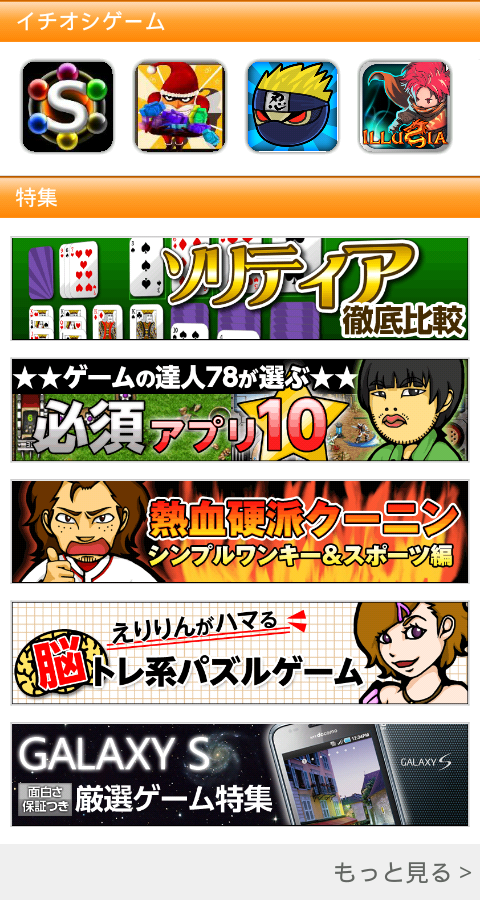 AppliGet is the largest Android game review site in Japan reviewing fun game applications from worldwide and delivered information and features of games.

Over 1,000 reviews specialized in Android games, the largest number in Japan

"AppliGet" delivers detailed information and strategies for Android games as well as 5-level ranking evaluation, aiming to become a site where users can search for fun games with ease.

Users are also welcome to post their evaluations and comments for each application and share comments and information among members.

Comparison of the number of reviews

Reviews are made for several selected games (about 6 games updated three times a day, morning, afternoon and night), and Japanese tutoring is offered for games from overseas.

A group of reviewers affiliated with game application magazines actually play the games themselves and then post their reviews. Fun applications, from overseas and Japan, free or fee-based, are carefully selected and a lot of interesting and strategy information are presented by review characters and updated daily. 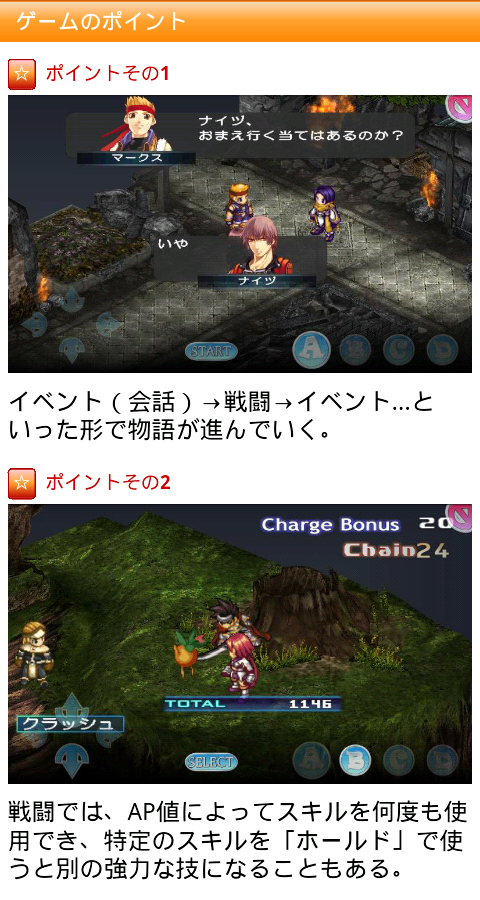 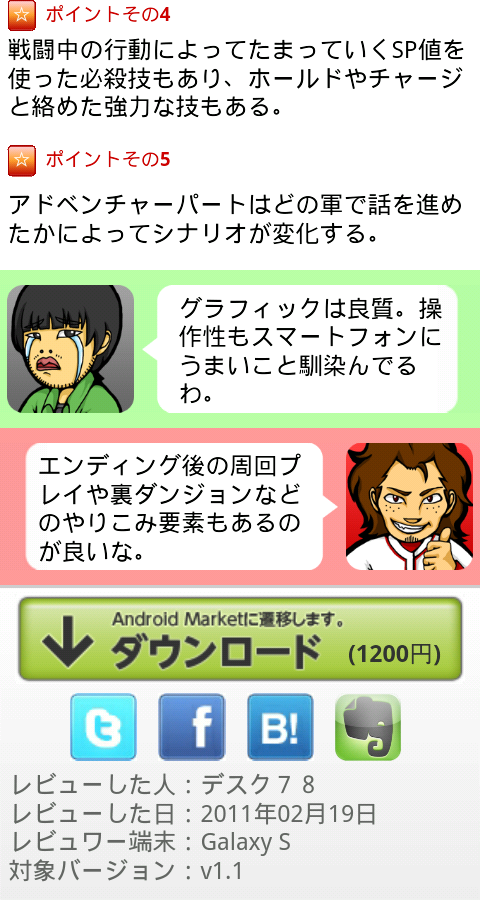 *Some functions are available to members only. 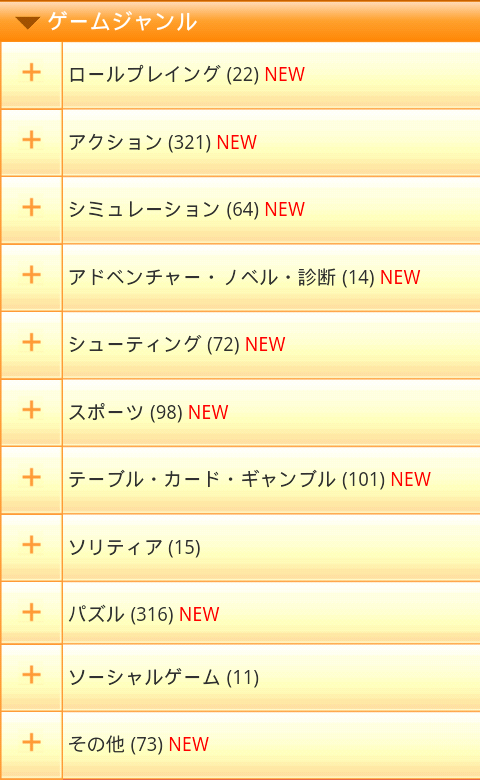 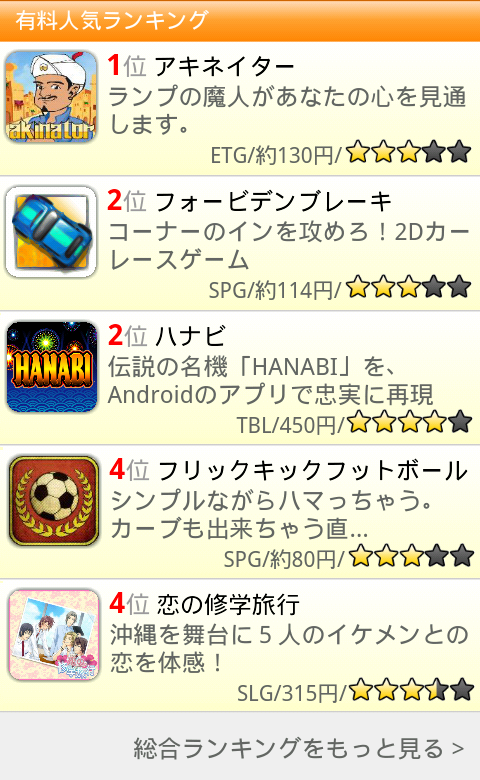 Today, most of the game review sites deliver information on the Android Market that reviews all game application, or something very similar to it.

"AppliGet" carefully selects only the most fun games to review and deliver them on its site.

We consider it our mission to spread truly high quality applications to mobile phone users as a media providing the "best-buy" and "best-choice" information. Through this endeavor, we aim to expand and enhance the game industry, to support the development of Japanese culture to deliver to the world, and to contribute to society.

To accomplish this, we distanced ourselves from the wicked habits of the industry, and "AppliGet" offers media under the policy described below.

(1) We will not be deluded by the "game titles" and treat all games, well-known and unknown, equally.
(2) We do not accept commissions from deliverers for reviews.
(3) We review all games from the perspectives of the users. We will point out problems for all games, regardless of whether they are famous games from famous game companies. We are aware that game applications are entertainment works and will not criticize them unnecessarily harshly.

2002
Java application screening and delivery service for individual creators exclusively approved by J-Phone.
At the time when permission was granted to deliver only the Java application on official sites, as a third-party body, Spicysoft came to be able to act as proxy to screen and deliver applications, which made it possible for individual creators to deliver their creations. Only two companies (Spicysoft and Bandai Networks) were permitted to provide this service at that time.
*Today it has become S!-application screening and delivery service approved by Softbank.

2005
Commences Application of the Year Award.
This annual award began in 2005 and continuing up to now, 2011 (with the exception of 2006), recognizing games, and the effort and achievement of individual creators with the objective of supporting individual creators and the sound development of the mobile phone application industry in Japan. Users and judges screen and select games deserving of the award from games delivered by individual creators in Japan from January to December of the relevant year.
[URL] http://oy.spicysoft.com/

2005
Commences publication of the one-of-a-kind mobile (game) application magazine. (periodical publication)
Published bimonthly from 2005 to 2007. The maximum number of issues reached 70,000 copies. They are sold at major convenience stores and bookstores.

2006
Opens official site " 'AppliGet' DX".
" 'AppliGet' DX" is an official carrier (mobile phone) site offering a place where application creators can present their applications at a professional level. It was necessary to set up an official carrier (mobile phone) site in order to collect user fees along with phone charges, but individual creators were not able to create official sites. Thus, we acted as proxy for popular creators in "AppliGet" to produce, debug and provide customer support. Completed works are delivered through " 'AppliGet' DX" as collaborative applications, enabling delivery of games created by individual creators for commercial purposes.
Total number of members: 500,000
Monthly fee: membership service at 300 yen. (Pay-as-you-go also available)

2010
Coordination with "MangaGet" and increase in income from advertisement on free delivering applications
Membership account has been linked to the first and the largest Manga comic delivering and sharing service, "MangaGet." Creators of applications provided free of charge are able to earn profit though advertising income according to the points accumulated from downloads and automatically allocating advertising income.
Total number of MangaGet members: 700,000
Number of manga comics delivered: 25,000

*Press release can be freely reprinted provided that URL and source are clearly noted.
*Names in the press release are the registered trademarks of respective companies.