The rankings come with AppliGet editorial commentary about popular games, and you can see Android game trends by just viewing the rankings.

Android game rankings that will be announced at this time are rankings of free games (weekly and monthly) and for fee games (weekly and monthly). We aim to provide ranking specifically for game applications, which has not been offered in the Google Android market.
Ranking will also show the games that came up in the ranking anew, ups and downs of games and ranking from the previous data, making it easy to see which applications are the more popular ones. 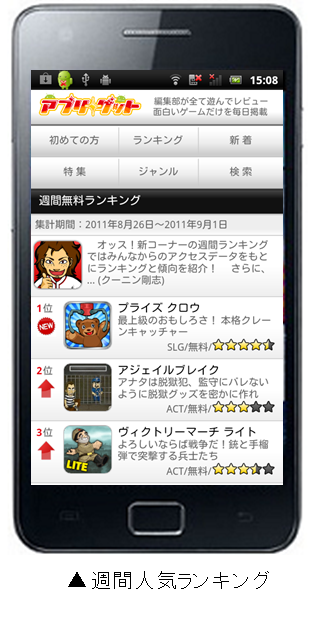 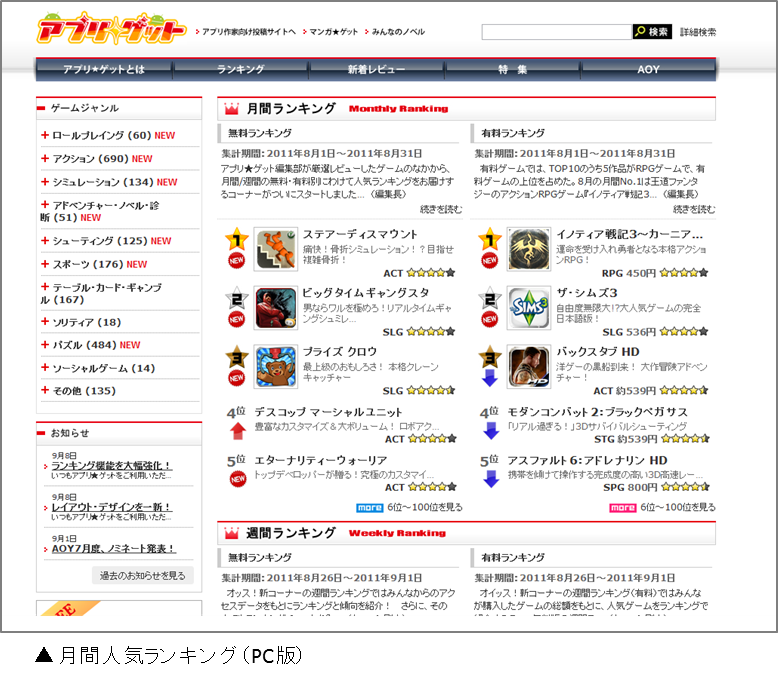 With AppliGet editorial commentary about trend of new games and factors of hit games.

Included in the AppliGet ranking in addition to Spicysoft's independent ranking tabulation is a corner introducing the trends of ever-changing Android games in and outside of Japan, and games by major game makers and individual developers.

The information provided will allow you to understand the newest trends, learn what makes a game a hit, user popularity trends categorized by free and fee-based game groups, all of which are useful information for game creators and media related workers. 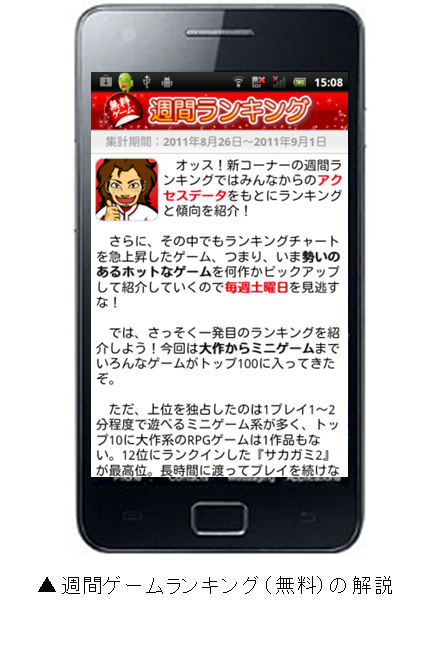 There is a corner on "booming games" that tells you about games that are rapidly rising in the rankings and buried masterpieces.

The "booming games" corner picks and introduces games that are rapidly rising in the rankings at the same time as the ranking information, aiming to introduce user "needs" and "trends" or "buried masterpiece games." 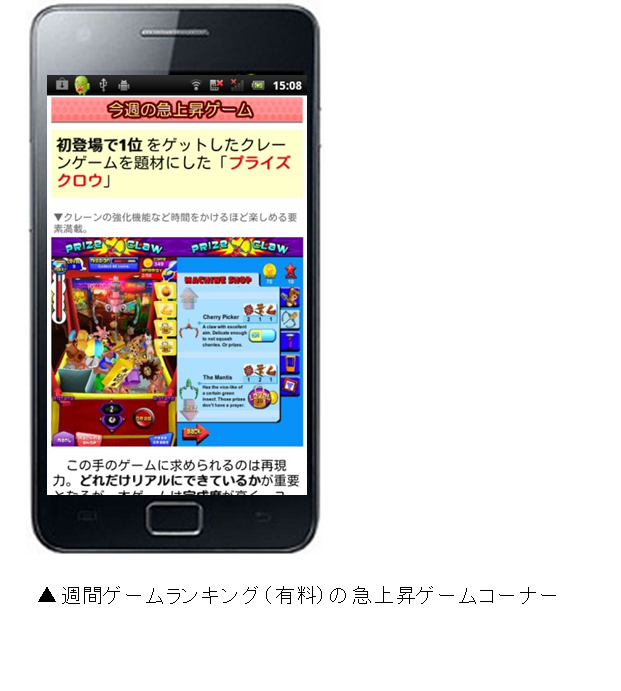 Ranking first for August 2011 for free games was "Stair Dismount".

The game ranking No.1 in the free game category for August 2011, for the first time was "Stair Dismount" a fun game in which players try to run the character into obstacles and win points according to the degree of injury. The game ranking first in the fee game category was a Japanese version of a full-scale action RPG called "Inotia 3: Children of Carnia" also appearing in the rankings for the first time.

We are ready to offer help in wide ranging areas in order to support creators and their creative activities and for the development of the entertainment industry. Individuals (bloggers, students, etc.), corporate bodies (media, publishers, production, educational institutes, etc.) are welcome to make inquiries regarding our services.

*Spicysoft is ready to respond to requests for interviews, presentations and speeches regarding Internet, mobile, applications, games and manga comics by our president, CTO, and editors for AppliGet and MangaGet. We also dispatch staff to teach classes or to sponsor and/or participate in school festivals free of charge. Visit the Spicysoft "publicity" website to learn more about our activities.

*Spicysoft's mission is to support creators, and we are ready to cooperate through arranging appointments and conducting interviews with creators whose work has been picked up in our media or posted on our platform.